“Where there's smoke there's fire”. Free from its usually negative innuendo when used in everyday parlance, the saying seems swimmingly fit for the third largest city in the north of Greece and the main port in the eastern region of Macedonia. In the not too distant past, Kavala was known as “The tobacco city of the North” or even “The Mecca of Tobacco”. Due to its proximity to areas where the rare burley “basmas” variety was cultivated and to the seaport, the tobacco trade started in Kavala at the beginning of the 19th century forming an indispensable part of the city’s history for over 150 years and transforming the city to the commercial exploitation of the Balkan tobacco.

It is indicative that by 1880, all major European countries had established consulates in the city of Kavala, while around 1913, 61 tobacco trading companies and powerful investors operated in the area, and the 160 tobacco warehouses employed some 14.000 workers, half of the country’s tobacco laborers, most of them caught in action by in the black and white prints adorning the walls of the city’s Tobacco Museum; as it is presented in the most enlightening University of Thessaly’s Discussion Paper Series (2009, 15(10), Department of Planning and Regional Development), the city’s Tobacco Museum is a thematic, unique and historical museum organization with a contemporary profile and identity in the European cultural area, definitely a must-see, not only because of its extremely rich collection (not found anywhere else in the world) which includes objects and archival material for the cultivation and the production of tobacco, its commercial and agricultural processing, its industrial tobacco products and exhibition samples, but because it mainly showcases the social history of Kavala and the rest of the Eastern Macedonia and Thrace, and its transition and switchover to a bourgeois cosmopolitan metropolis, through its tobacco exports mainly to the Hapsburg Empire and Vienna, but also Russia, England, Egypt, France, and even the United States. 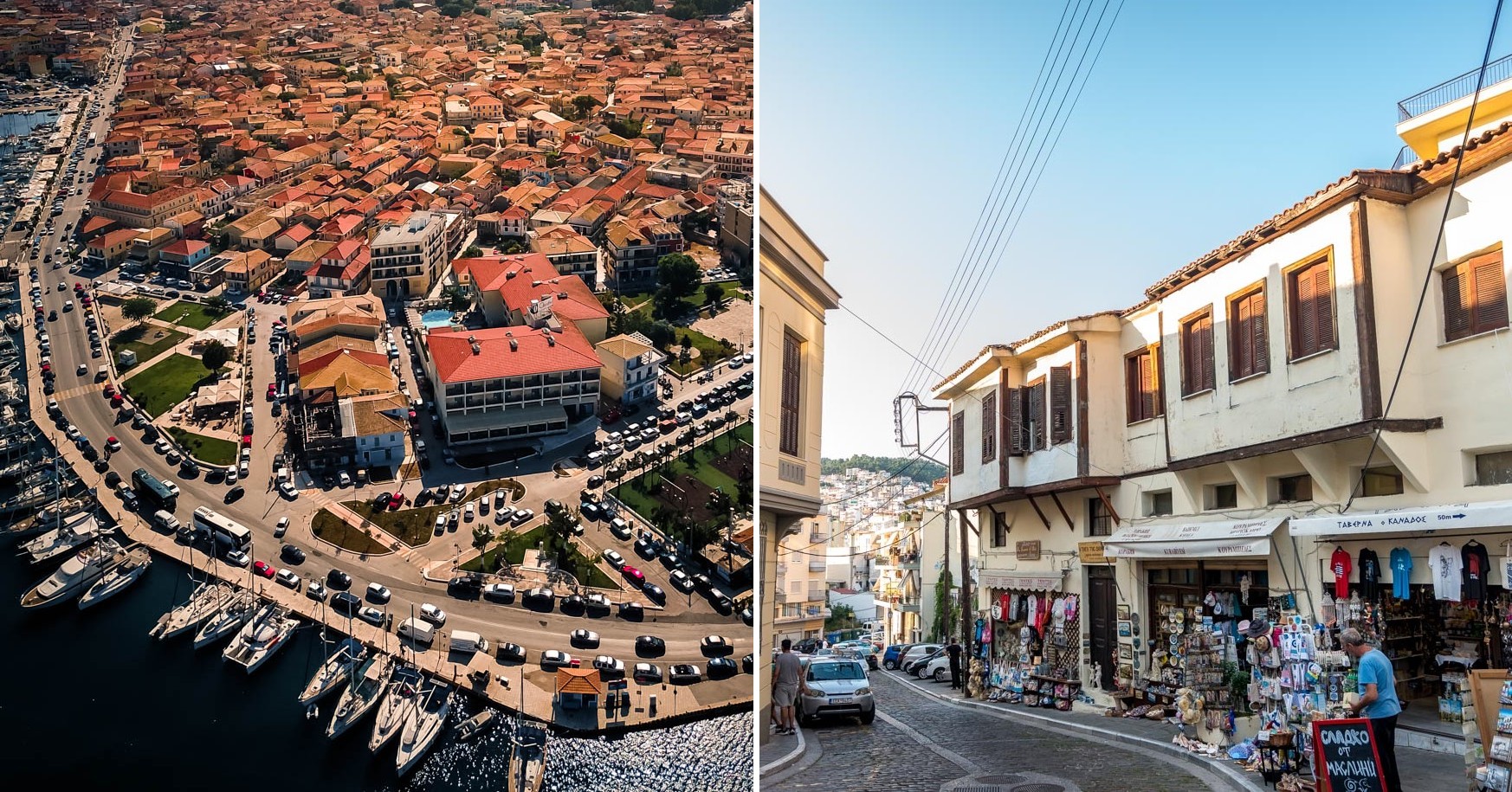 The history of tobacco in Greece is of grave importance and has been told as part of the country’s political, economic, and labor history; it shaped local societies, by evoking also interest in gender and women’s history, was transformed by them and also greatly influenced the national economy after the city’s accession to the Greek state.

So, to that extent, today’s vision of Kavala as ‘The Tobacco City of the North’ is directly connected to its rich historical and cultural heritage as well as its geographical position. It’s due to the latter that Kavala, or Christoupolis ('city of Christ') before that, or Neapolis before that, has always been a cultural crossroads and a stop for great travellers, army and spiritual leaders, from Philip II, Alexander the Great and Mark Antony to Apostle Paul that, as a price to its prime location as a key and being suitably located for the movement of gold from the mystical Pangaio Mountain sparked, literally and metaphorically, many different fires during its 27 centuries history. The fire of war, for example: it was here that the month of October of the year 42 BC proved to be a momentous month in the history of Western Civilization. Not many events in world history had acted as “game changers,” to diverge the course of human history, and the pivotal battle in the history of the Roman Empire, where democracy succumbed to autocracy, took place at Philippi. 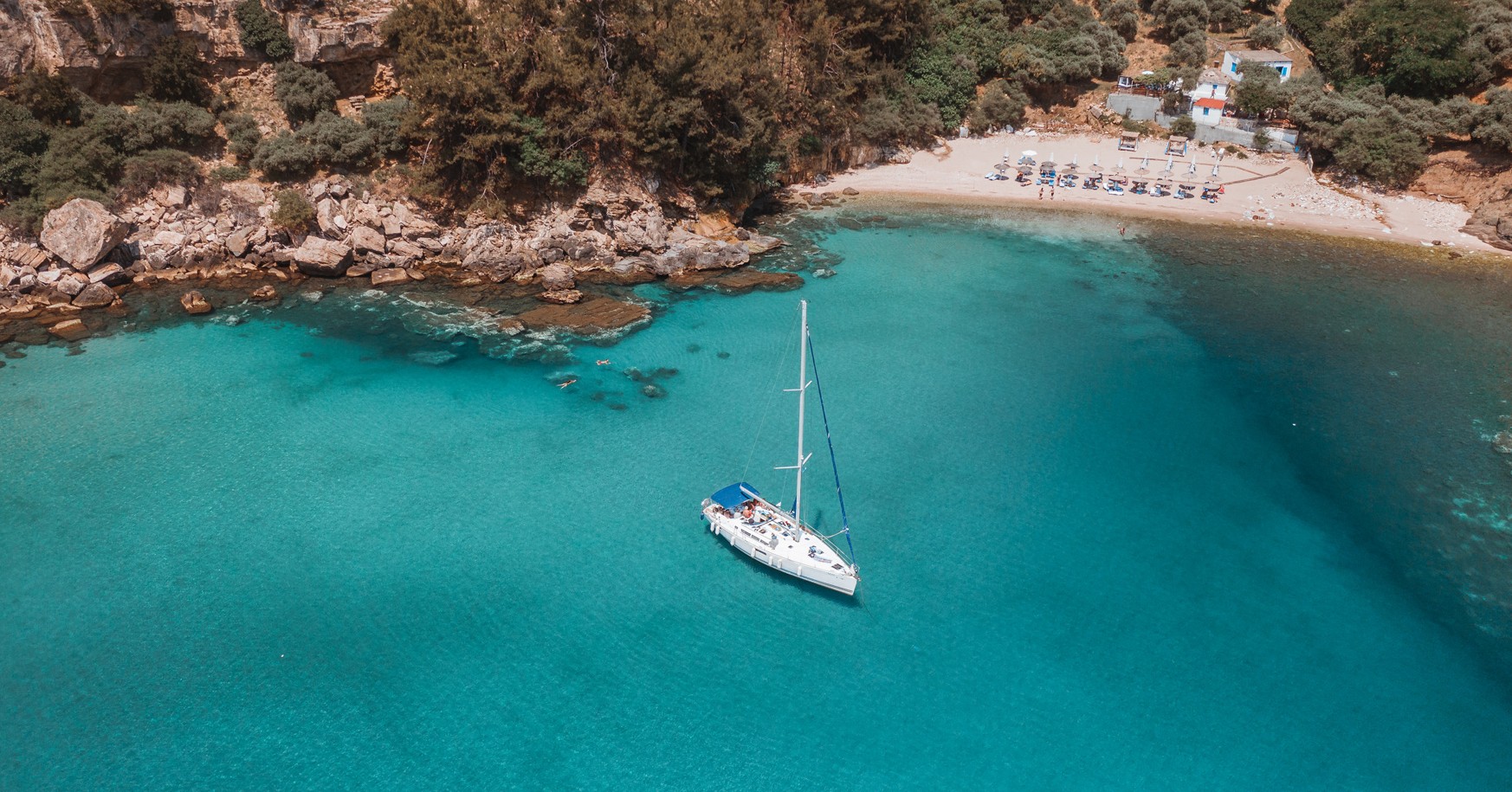 But, later on, there was the fire of illumination too. The influential Philippi, again, played a substantial role in the ministry of the Apostle Paul: Saint Lydia, the first Greek female and European to be baptized by him there turned Macedonia a stronghold for the gospel’s spread further into Europe.

Of course all this belongs to the past but it’s not forgotten; a stroll through the district of Panayia (Old City), which has been continuously populated since the 7th century BC, would be a marvelous opportunity for someone to delve into the very DNA, this unique fusion of cultures, religions and eras, the city was founded on. The Castle and the Acropolis are there, upon a rocky foreland which is surrounded by the turquoise blue of the Aegean, creating a stunning scrim for the city and reflecting the Mediterranean sun onto the colorful houses.

The old Lighthouse is there; and Imaret is there too. Nowadays, after being beautifully renovated by the Misirians, a family of tobacco traders is operating as luxury boutique hotel, a member of the Historical Hotels of Greece. It could not have been otherwise: a donation to its native town, to serve as “külliye” (a charitable services institution), the impressive building complex 3500 m2, housing two “Medrese” (religious educational foundations), two pray-spaces, a “mektep” (elementary school) and an “imaret” (public soups kitchen), it was built by Mehmet (or Muhammad if you prefer), Ali originally born in Kavala, who later became eventual founder of Egypt’s last royal dynasty and Viceroy of Egypt.

But we should not by any means forget the trademark of Kavala and a listed monument: featuring 60 arches, 52 metres high, Kamares (:arches) is the aqueduct built in 1550 by the Sultan Suleiman II, the Magnificent and overhauled in the 19th century by Mehmet Ali to serve the water supply needs of the town.

Neither should we fail to remember, as tradition goes, the divine footmark; that which is supposed to be Apostle Paul’s footprint, laying there from the time he first visited Macedonia, on the remains of an ancient pillar in the old neighborhood of Aghios Nikolaos, where the homonymous church is located. 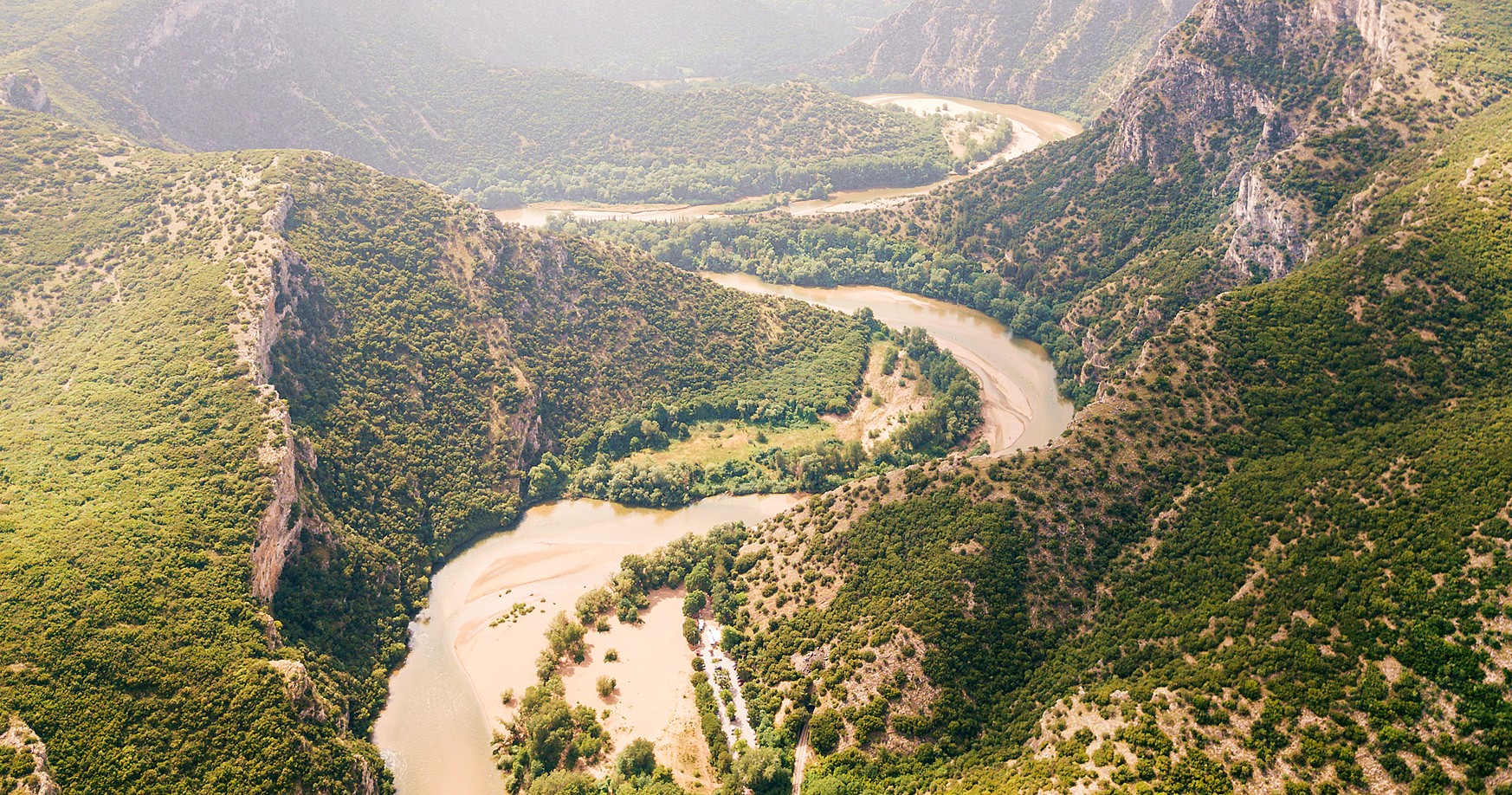 Above all, at a stone’s throw distance from Kavala, ancient Philippi – a UNESCO World Heritage site since 2016 – with the many museums and the top festivals that take place all year, this is the quintessential place-to-be for art and history buffs.

To some other buffs Kavala is “The Monte Carlo of Greece”, “Greece’s Hidden Gem”, “The Blue City”; just a bunch of nicknames which are often used by locals.

Most of them of well-deserved, to describe the city affectionately cradled between the slopes of Mt. Symbolo and the Aegean, one that claims the prize of the most scenic in Greece.

With such a legacy, it is no wonder why Kavala, metropolitan and diverse, stands out as a destination: 65 or more kilometers of pristine, sandy beaches promising sheer relaxation stretching east and west of the peninsular old town, from the Orphic settings of Mount Pangaion to the scenic routes alongside the Nestos river, limitless woodlands, along with a laidback spirit, are will to wager that this would be a rather easy task, as the city earns lion share of income from tourism.

Of course, there’s no more smoke on the Blue City’s azure waters, but among all the others, there is passion. And where there’s passion, there’s fire. Fire of creation that is big enough to remodel a city that it will never cease to be a modern hub and essential port/gateway to the archipelago, to a hot, “fired – up” and highly valued holiday destination.

The legend wants it to be the Homeric Island of the sirens and not unfairly, since it always captivated and continues to fascinate with its beauty the travelers who visit it. Today, it is a pole of attraction for thousands of tourists from around the world who visit it for their holidays every year

Prehistoric and historical sites, archaeological sites of great importance, early Christian basilicas, monasteries, churches with carved iconostases, mountain villages with their traditional architecture, invite the enquiring traveller to a fascinating trip into the past.

The Archaeological Museum of Thassos, one of the most remarkable regional museums in the country, the Museum of Polygnotos Vagis, one of the most important sculptors of the 20th century, the Philippi-Thassos Festival in the ancient theatre of the island, the fests and the folklore events will offer you mystical emotions.

You can choose between alternative forms of tourism, such as the tranquillity offered by the island's nature or the cosmopolitan atmosphere of the night life.

You may taste honey, virgin olive oil, thrumpa olives, fresh fish and thassian goat offered throughout the hotels and the wonderful taverns and restaurants of the island.

Enjoy our visual tours to Kavala and Thassos